The forging of an alliance

Already the previous night the French had been about to surprise the British on the vital hill Medellín, showing signs of the veteran soldiers embroiled in Austerlitz. The Spanish army with the British would try to stop the best army in the world, the emperor’s men.

"El Monolito", erected in 1990 with the assistance of authorities from several nations, shows each of the participating regiments.

For those who do not know the city we can extend the visit to see it in the afternoon.

Transfer from Madrid
3+ People
79€/person
Book now
Battlefield tour
4+ People
55€/person
Book now
Private tour
visitas@elprimeredecan.es
Check rates
Book now
Cancellation policy Payments will be made at least 72 hours in advance. If canceled within 72 hours, 70% of the amount will be refunded. In the last 72 hours no cancellations or modifications to the reservation are allowed.

Once you have made the reservation, we will tell you the meeting point OR we will collect you (depending on your choice above)

We will make the tour by car, because the battlefield is too big to walk. We will stop in several places to know the point of view of both the Allied and French sides

If you arrived on your own, we said goodbye. If we take you we will return you to the place where we picked you up

“The visit to the Battlefield of Talavera has been a surprise. A new experience that I had not imagined could motivate me. My first immersion in military history has resulted in a victory by AdC Raúl. Being a subject that does not arouse interest in me and for which I would not bet, Raúl has managed to captivate my attention and make it very enjoyable. It shows that he has great knowledge and would highlight his way of understanding at any level the knowledge about the time and the moment you are talking about, as well as your enthusiasm. A different and unique experience. Without a doubt I would repeat ...”
Alicia González
Flight attendant 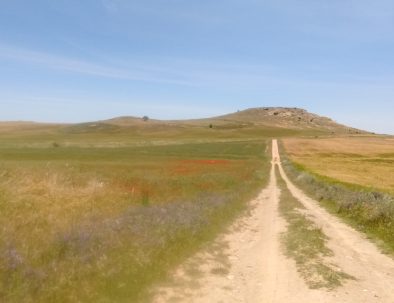 Given its consideration as a Historic Site, the battlefield has been preserved as it was 200 years ago. 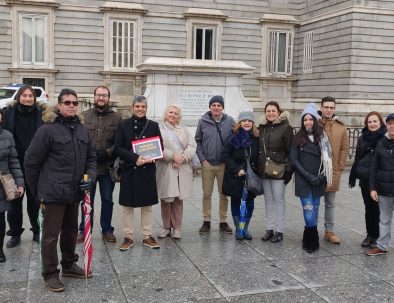 The beginning of the Peninsular War!